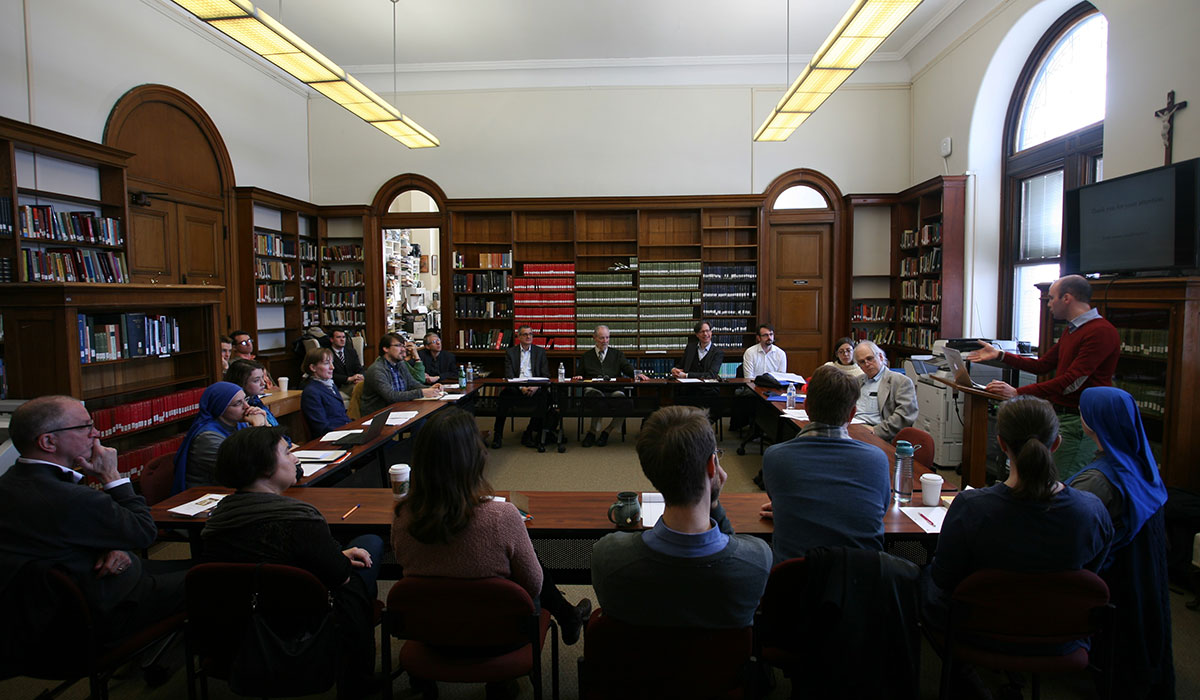 History of the Center

The Catholic University of America has, since its foundation, maintained a unique commitment to the study of the early Christian era. A strong tradition, now central to the university's mission, was set in train by Msgr. Henri Hyvernat, distinguished Copticist and professor in Semitics at CUA from the founding of the University until his death in 1941.

The Center was established in 1998 as the direct heir to the Program in Early Christian Humanism, founded in 1975 with a generous grant from the Andrew W. Mellon Foundation. Renamed the Program in Early Christian Studies in 1980, and with additional support from the Mellon Foundation, the Helis Foundation, CUA alumni, and other donors, it began admitting and funding M.A. students in 1981 and Ph.D. students in 1986.

Research in the field is now conducted in the Schools of Theology and Religious Studies, Philosophy, and Arts and Sciences (Departments of Greek and Latin, History, and Semitic Languages and Literatures).